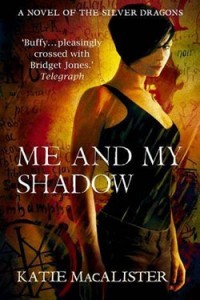 “May Northcott is feeling the heat. Her demon boss has moved in and is making life hell. Her scorching hot dragon lover seems to thing everything can be solved with a fiery kiss. Worse still, she’s being shadowed by her disty twin sister – a naiad who simple can’t seem to stay out of trouble.

The arrival of a nearly-dead man on May’s doorstep could be the final spark that sets light to their tinder-box world.

And with dragon war imminent, it’s looking increasingly like it will be up to May (and her watery shadow) to stop it before the fire consumes them all …”

END_OF_DOCUMENT_TOKEN_TO_BE_REPLACED 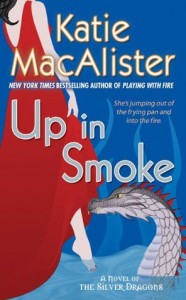 “Though May Northcott’s heart belongs to Gabriel Tauhou, the leader of the silver dragons, being stuk in Abaddon has significantly cooled down her love life – especially since a demon lord is trying to woo her. So far, May has resisted his efforts, but it’s getting increasingly harder to thwart disaster.

So May is shocked when Gabriel encourages her to give in to the demon prince. But her fire-breathing boyfriend has an ulterior motive. Since May was created in the moral world, her surrender would give her master access to that world, where he would lose most of his powers.

It looks as though May will have to barter to gain her freedom and fulfill her destiny by Gabriel’s side. But will a deal with the devil make her life heaven or hell?”